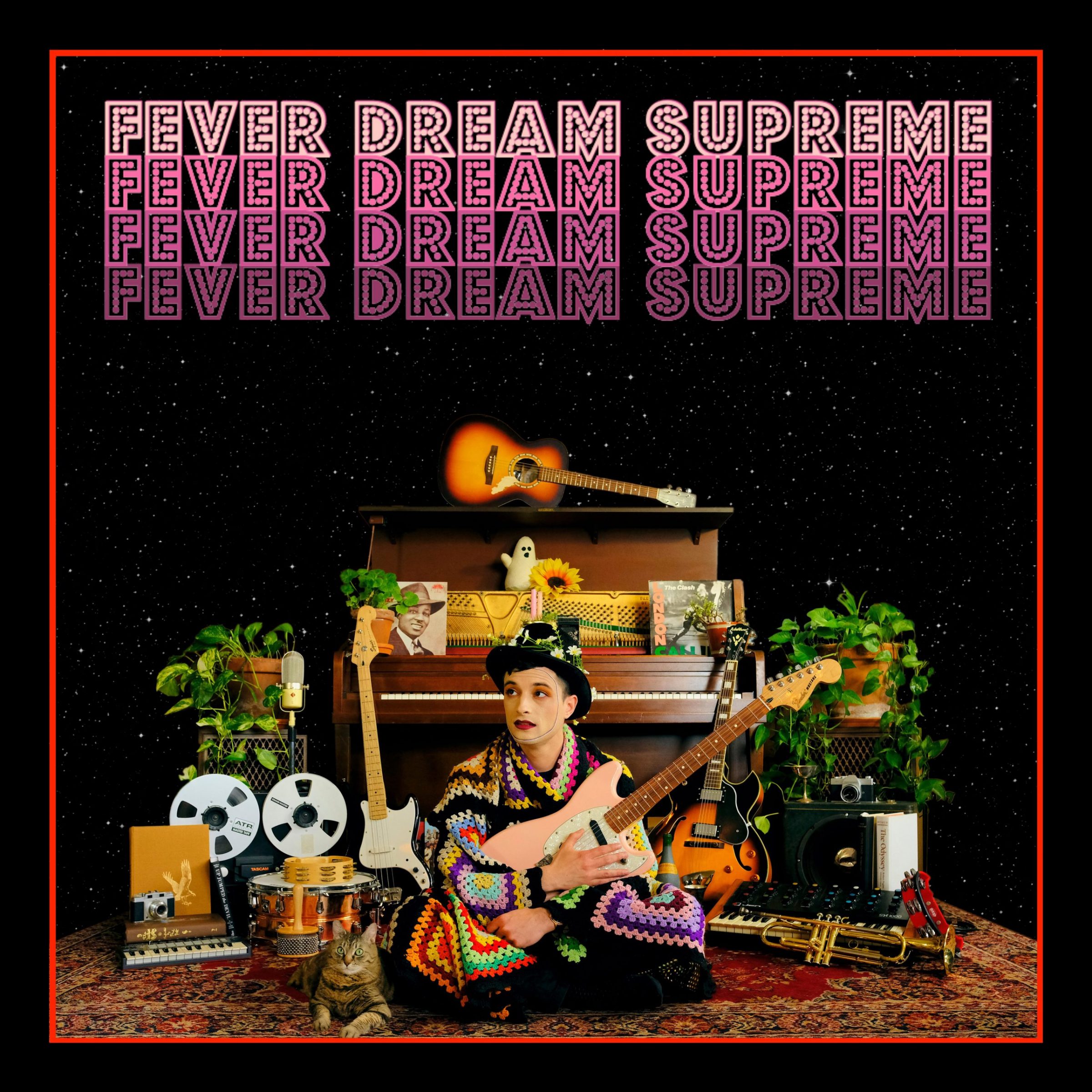 What a pleasure it is to announce not only the addition of an incredible new artist, Frisco Lee, to the Baby Horse family, but the release of his latest record, Fever Dream Supreme.

Fever Dream Supreme was entirely conceived in the heart of the pandemic, and the heart of isolation. Recorded and mixed entirely by Frisco Lee himself in his bedroom studio, it is an exploration of his many influences, an hommage to the music that informed his person, a psychedelic hallucination and dive into the depths of his being, an uncompromising showcase of the kaleidoscope that is Frisco Lee.

Montreal born-and-raised, Frisco Lee is a multi-instrumentalist singer-songwriter who’s been anchored in the underground music scene for a decade. Anglophone-francophone, hailing from the suburbs and armed with a Blues background, he began playing the bar circuits in 2013, as well as lending his talents to a slew of bands and unique songwriters.

He’s released two EP’s and a single, previous to the release of Fever Dream Supreme.